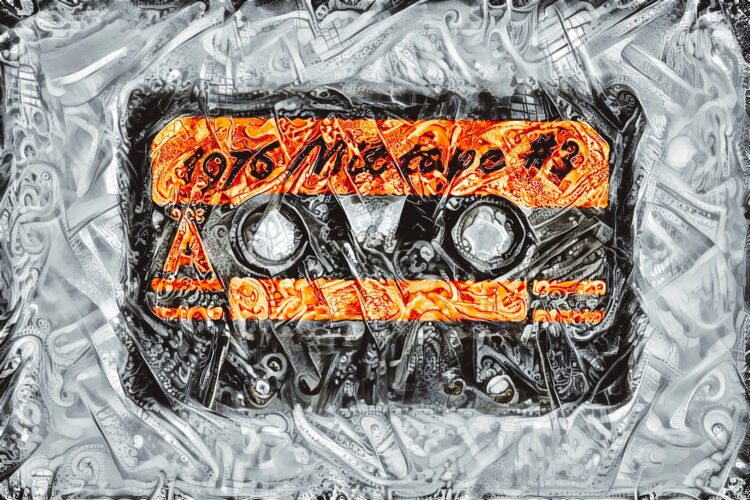 Note: This post was cross-posted on talkingaboutdesign.com. Thanks to Amanda Riske for her excellent editorial review!

​Over the past few weeks, I have revitalized my crush on the RadioLab podcast–specifically the currently airing series “Mixtape.” I was hooked from the first episode, Dakou, when host and producer Simon Adler starts the series describing the introduction of the Walkman to a group of Japanese journalists in a public park. The engaging and thought provoking episode pushed me to think about a world before personal audio and how our self-designed soundscapes have changed how we experience and make meaning of daily life–like when I was stuck in an airport last week, walking around with my ear buds in, listening to the second episode of the Mixtape series: Jack and Bing. It was a personal meaning-making experience, completely separate from the hundreds of people around me.

But I’m getting ahead of myself. Let’s go back to the first episode–which Simon ended with this intriguing cliff hanger:

​Now, what strikes me about all this, more than anything, is that we’re all sort of living in this world now. From Spotify playlists that span eras and genres to the scatter shot of news we consume and then weave into our own understanding of what’s happened. I mean our tastes, our beliefs, our realities are a collage. A mixtape of decontextualized and then recontextualized snippets. Next week, we’re leaving China and going back to the moment this remixed existence began. We’ve got the story of the first splice in our reality and the two men, one you definitely know, and one you most definitely don’t, who made it happen.

All leading to this:

​The Jack and Bing episode explores how radio developed the ability to pre-record shows in reaction to Bing Crosby’s refusal to continue performing multiple live radio shows for different time zones. It was much more complicated than I imagined–technically, yes, but also navigating social and ethical implications, because now the producers could easily edit–and even distort–the audio. Was it OK to add laugh tracks, even if a live audience didn’t find something particularly funny? What about taking away some of the context of a guest’s comments? Should the audience be informed that it is pre-recorded and edited? We transitioned to a world where producers could use new techniques to finesse the audio beyond what might have been originally intended.

We have come a long way since Bing Crosby refused to perform multiple shows each day, but the technology around us continues to shape our reality in sometimes hidden ways. What I see on Facebook presents a certain social world that rarely reflects reality–I only see what people choose to post (almost always the best parts of their life) and what Facebook decides to highlight. My Google feed offers its own compilation or “Mix-Feed” of what it thinks will reinforce my personal reality, or how I make meaning of the world. My Mix-Feed for today includes:

What’s important here is that my reality is a bunch of “decontextualized and then recontextualized” interpretations. This isn’t good or bad, though we might question ethics behind some techniques used to create and present this mix-feed (an interesting exploration of this: Coded Bias). But it is the world we live in, a world that is designed.

Taking a more optimistic perspective, deliberately creating our own mixes can be a type of learning. We can use new technologies to develop and communicate our own understandings: networked technologies offer resources that can support us in creating media that demonstrates our ideas while also enabling us to share these ideas broadly. We can develop our own voice as we learn to communicate through various types of media, all while sharing our creations with a real audience (cool example: Curious Kindergarteners Podcast).

And a professional example–consider this commercial (brought to my attention through one of Punya Mishra’s old blogposts):

I recently used this video in my class to illustrate how design can communicate–or even shape–meaning. Through the use of certain people, expressions, symbols, camera techniques, video speed, etc., the video powerfully connects “embracing life” with seatbelts. It takes what might be culturally viewed (and even sometimes called) a “restraint” and offers a different interpretation: an embracement we accept for those we love. It uses an artifact to create an experience that can impact culture.

​Learning (to me) is seeing something differently or making new meaning, and design helps us both see and communicate the meanings we develop. Networked technology can support collaborative creation (meaning making), connecting us to diverse people, ideas, and experiences. We create our own mixtape of ideas, one informed by not just our own experiences, but also the experiences of others. This, I believe, is the power of modern technologies: they provide new ways to form and express ideas, giving a voice to those who otherwise might be silent.